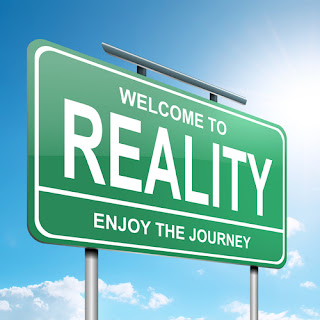 Tomorrow my unborn kiddo will have been a thing for five months. Five months of just hanging out in the womb and growing and kicking my wife at rather inopportune times. My wife’s life has been rapidly changing for those five months, and the reality of this situation has really sunk in for her. Her body has changed, her diet has changed, she can no longer drink alcohol, and hormonally, she is almost a completely different person. I, on the other hand, have not gone through one goddam change, and it’s starting to make me wonder when this whole kid-thing will really sink in.

I mean, logically, I know it's happening. I know that we have a tiny crib and a tiny dresser and tiny hangers and tiny outfits and tiny books. I know that I will be a father by the end of this year. But at the same time, it doesn’t actually feel like it’s happening to me.

A baby versus my baby. Semantics? Maybe. But for me, this is the crux of this entire undertaking; this is my disconnect.

I know that this crib and dresser and all these clothes are for a baby. I think I even realize they’re for a baby that will be living here. But what I don’t understand is that all these things are for my baby. If you’ve never gone through a pregnancy before, you’re probably wondering if I ate some of my leftover Percocet and chased it with a Budweiser before beginning this article; I know it sounds crazy. But those of you that have been here know exactly what I'm talking about.

Or maybe not? Maybe all you dads and dads-to-be out there have already connected with this gig in ways that I refuse to understand, at least at this point in time. But I don’t think so; I think that realizing this new reality just takes longer for a lot of us.

I’ve spoken to a few people close to me that have had kids very recently, and the overall consensus is that it doesn’t hit you, really, until the kid has been home for a couple of weeks. Which is absolutely insane, when you think about it. Mom undergoes physical and mental changes for a year in preparation of this monumental life-changing event, and dad is left to read a book or two, in hopes that he is as prepared. I mean, Jesus, talk about starting the game from behind.

I don’t bring all this up to complain; instead I offer it up as a topic that seems to be rarely discussed in the realm of new parenthood. For the first few months of this pregnancy, I felt like I was doing something wrong, or was somehow not allowing myself to really feel the emotions necessary to make it real. But it was only after speaking with friends that I realized that it wasn’t my fault, hell, it wasn’t anyone’s fault. Fathers and mothers are just on different pages for a while.

I do realize that part of this most likely stems from the loss of baby #1 last year. Losing it has caused my defenses to remain high, as my brain is tries to protect me from pain by keeping this new reality at an arms length. It’s amazing how much effect one event can have on your emotions for years to come; but I’m hoping that even just being aware of this fact is a good sign.

But maybe this isn’t a big deal at all; maybe when I hold that child in my arms on the day he is born, I will experience nine months of emotional growth instantly, and this entire post will become inconsequential. But for now, I will just continue on reading books, buying baby clothes, and setting up the nursery. Because no matter how I feel now, there will be a baby in that room in four months. And if I play my cards right, it might even be my baby.
at July 04, 2017