When I was in sixth grade, I was bullied and beat up by almost every juvenile delinquent bastard (friend and foe alike) that I crossed paths with to the point where I was forced to change schools and never look back, thus forever effecting my ability to socialize and trust the human population in general.

How’s that for a goddam thesis statement? 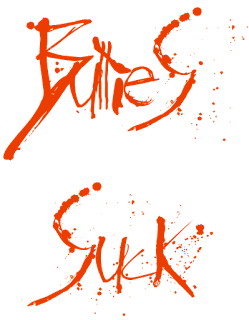 I feel the need to disclose right off the bat that it took a giant glass of whiskey on ice just to get the courage to write this piece. And so now I sit here, listening to Jefferson Airplane, sipping on The Good Stuff, and preparing to share the story of the worst and most hideously poignant year of my life.

Ok, I may have come off kind of strong in those initial paragraphs. But in fairness, it wasn’t an exaggeration; instead it feels good to know that I’m finally putting out in public something that has become a part of who I am, something that has shaped and carried me in one way or another every day of my life.

My parents put me in French Immersion when I was in kindergarten. (For my American readers out there, it means that all my classes were in french: history, math, even gym). It was a wonderful experience, and I made some friends that I am still connected with to this day (thanks, Facebook). It’s an experience that I hope I can extend to my child(ren), even if most of that french has slipped from my brain. I keep telling myself that it’s still in there somewhere, and if I ever travel to Bordeaux or Burgundy or the rotten slums of dirty Quebec that it will come roaring back with a vengeance, and I’ll remember my bilingual geniusness (Geniusity? Geniusissity?). For now though, I’m content to remember that “camion” means “truck”, and “pamplemousse” means “pineapple”. (FUCK - it means grapefruit! Time, you evil bastard, you’ve even taken away pamplemousse… “Pineapple” is actually “ananas”, which I always felt would be a better word for “banana”, but now I’ve lost even a basic sense of direction or point to this story…).

School had always been an enjoyable place for me. Then, in grade four, (three? nah, pretty sure four) we had a student transfer in from somewhere else. His name was Brian, and he was Cool. He had the newest Reebok Pumps, he listened to 2 Live Crew, and He Didn’t Care About The Establishment, Man… (Ok, none of us had a goddam clue what The Establishment was at that time, but you get the drift.)

And for some reason, he liked me. We became friends. There were four of us (as memory serves, although as pamplemousse has already illustrated, my memory isn’t always the most accurate source of evidence…), and we always hung out. At school, after school, sleepovers, sports teams, we were best friends, whatever that means in grades four and five.

Brian was always the rebel. He got in trouble at school. He didn’t listen to his dad. He even wore his hat sideways in our baseball team photo. Somehow, he also convinced me to do the same, and man, did I get in trouble for that… Because shit, I’m really regretting that choice now, whenever I look back on that photo. I definitely don’t wear my hat sideways anymore, and I obviously look at that photo every night before bed. But you see what I’m getting at, he was what we all aspired to be; cool.

And all this was great. We graduated from fifth grade and that meant that we were off to a new school; a school that was only for grades six, seven, and eight. 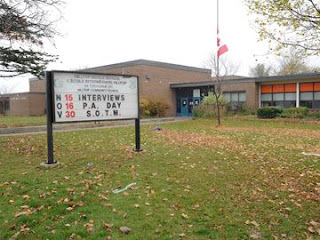 Grade six started like any other year at a new school. We made new friends in homeroom, we got acclimated to new teachers, and we went through the typical orientation that any student goes through. Brian and I didn’t have many classes together, but I figured that we would just hang out after school like we always did, and we would join whatever sports teams the school had. Little did I know that was the last normal thought I would have for a very long time.

Now, Brian had always been the cool kid. The rest of us hanging around with Brian were Cool By Proximity, but on our own we were just normal kids. Brian was the one that we all orbited around, and we knew he’d be cool no matter who was around him. What we didn’t know was how.

As I mentioned, a social hierarchy required people to play their part, and what I didn’t see coming, what I didn’t think was ever a possibility, was that in order for Brian to maintain his status at a new school (especially when you’re in the bottom grade), he had to establish dominance over someone. Who that person was probably made no difference to the fucknut dingbats that ruled over grades seven and eight, but they needed to know that Brian was Not To Be Fucked With.

And so who better to terrorize than me.

I don’t remember how it started, but I do remember it was awful. My best friend transformed instantly to the person on this planet that I feared the most. There would be physical beatings, where he would hit me and push me around and knock me down. And then there were the mental and emotional beatings, that in most ways were worse. I walked around in a state of shock, fear, and paranoia; how did this happen?

And getting down to the nitty gritty of this goddam awful scene, nobody else wants to be the target of a bully either. And what’s the best way to find yourself in their sights? Align yourself with the victim. So one by one, my friends stepped away. Some did so silently, and some did so aggressively; they would also torment me, not wanting to be thought of, even for a second, as a Friend Of Daniel’s. This hurt probably as much, if not more, than the initial bullying.

As an aside, I feel it is important to say that I bear no ill-will to those that turned on me as a result of not wanting to be in Brian’s sights; when you're 11 years old, you do what you have to do for self-preservation. It’s hard to Take The Moral Highground… I would not wish upon anyone the horrors of what I was forced to go through, and my friends did what they had to do. I have had many of them apologize to me years later; something that has meant the world to me.

By the end of grade six, the decision to flee the school permanently came easily. There was no reason for me to stay. The few friends that I did have were practically urging me to leave. They knew the pain that I was going through daily; they knew I had to go.

The next few years of school were much better. I had other friends at a different school, and making the transition wasn’t difficult. Daily life became enjoyable again. I picked up new hobbies and passions, and life moved on. I rarely even thought of that fateful year. 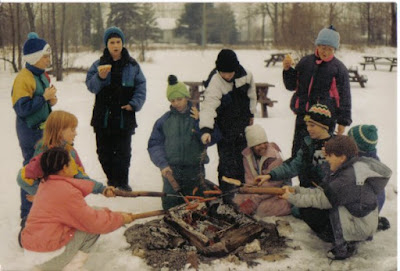 But the scars that were left from the experience have reappeared in ways throughout life that I never expected at the time. I came to learn that trusting anyone was a monumental task. I was always convinced deep down that anyone that I was close with would eventually turn on me and make my life a living hell. It has been extremely difficult for me to maintain male friendships in general, and any relationship that I have been in has always suffered toto my inability to trust that they weren’t really out to hurt me in the long run. I have spoken to therapists and psychologists, and it has helped, but I feel that this is something that I will carry with me until the day that I die. It has improved throughout the years and decades, don’t get me wrong, but it will always be inside, jabbing me every now and then, wishing me nothing but fear and loathing.

I have tried to find Brian on Facebook every now and then, but with no luck. A few years ago one of the guys that was in our little Group Of Four back in junior school came to visit NYC, and we got to talking about those days. After apologizing, he told me that last he had heard of Brian was that he was some coke addict dope-fiend in Toronto, living a pretty shitty life. And in some ways this brought me some vindication; in others, I felt bad for him.

Because I have no idea what was happening to him in his home life, or what caused him to do the things he did to me. I know his parents were divorced. I know that his older brother bullied him. I know that he had his own issues that he was dealing with, albeit very poorly. And so while he caused me the greatest pain I’ve ever known, I still can’t wish him a life of misery.

Ultimately, there is no point to this story, I suppose. Except to say that as I move towards this new stage of my life, being the parent of this soon-to-be-born little boy, the thing that scares me more than anything is that there is a possibility that he will have to go through the same pain and suffering that I did. And more to the point, that there’s really nothing I can do about it, just as there was really nothing my parents could do about mine (try as they might, and they sure as hell did try). All I can do is encourage him (and all people) to be good to one another, and to speak up when you see bad things happening.

But I will say this; being bullied does not mean you are weak, nor does it make you weak. I wish I had learned that much earlier. I felt for years that the reason that this happened was because I was weak. I felt that if I had been stronger, than he wouldn’t have chosen me. But I’ve come to realize that that’s not the case. He needed someone to hate. He needed someone to destroy. If anything, he chose me because I was strong.